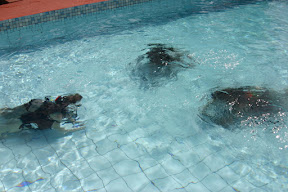 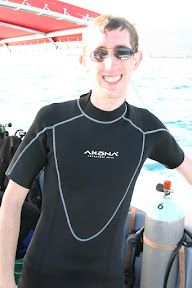 Me in a wetsuit after scuba diving in Saint Kitts
Our adventure began in the pool of a seaside hotel not too far from the ship. We practiced breathing with the tanks and repressuring every half foot of descent, and then swimming around the bottom of the pool with the tank on. Once our instructor deemed us ready to go (and one of our group was not, so she had to sit out for the scuba diving portion of the scuba diving excursion), we boarded our boat and set off. MV River Taw wreck; photo by Clark Anderson/Aquaimages, used under Creative Commons Attribution-ShareAlike 2.5 license
We made our way a few kilometres off shore to the site of the wreck of the MV River Taw. It sunk in 1985 in one piece, and then Hurricane Hugo split it into two parts in 1989. We swam around and over the two parts of the ship. Our guide brought fish food so at times we were surrounded by fish. It was a great first scuba dive. While I'm here in Australia I will probably try to take some scuba diving lessons so I can go out on the Great Barrier Reef for some diving.

Here's a great blog entry from a blog called Life on St. Kitts with lots of photos from a dive at the same wreck.

We headed back to the ship. Leaving Saint Lucia I had another evening of sunset yoga on the top deck of the Queen Mary 2. 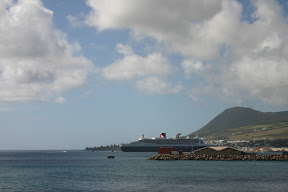 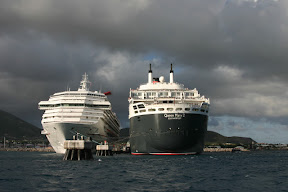 Aft view of the Queen Mary 2 docked in Saint Kitts 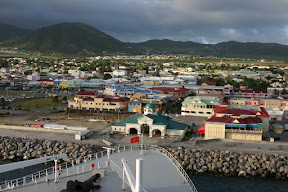 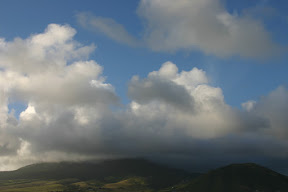 Clouds over the mountains in Saint Kitts